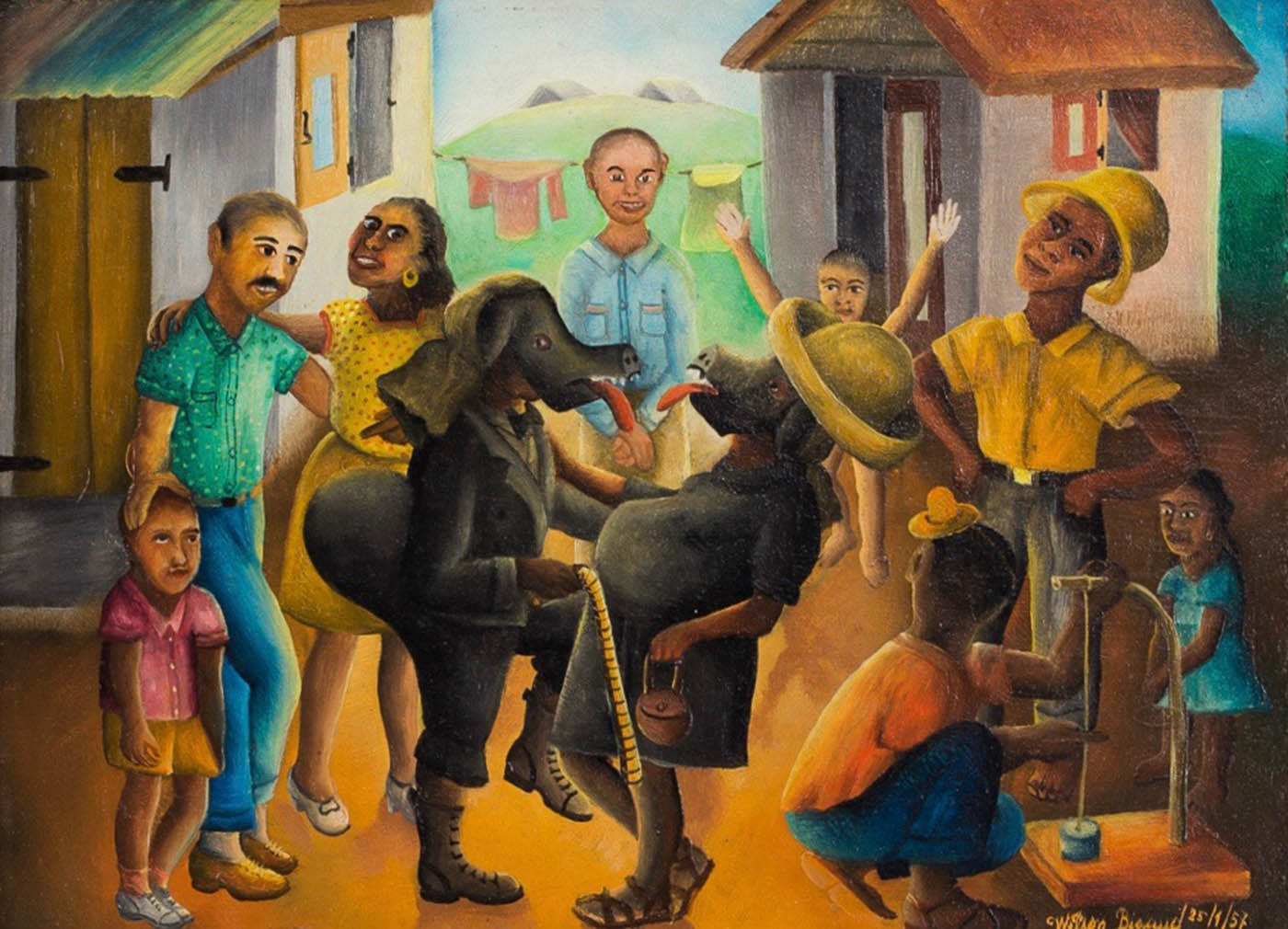 It was the legendary Hector Hyppolite who first introduced Wilson Bigaud to le Centre d’Art. A former child prodigy, Bigaud had presented himself as a carver and sculptor, but was introduced to two-dimensional formats by DeWitt Peters. Bigaud soon described himself as a memory painter; and his upbringing amidst the rough and tumble of the city had clearly inspired his imaginings.

Social gambling, Vodou ceremonies and local melodramas were ripe subject-matter for his visual investigations, executed with fearless verve and wit. So significant were Bigaud’s abilities, that his monumental mural The Wedding of Cana was considered to be the most dynamic at the Episcopal Cathedral in Port-au-Prince.

Bigaud’s paintings found their inevitable fame. Yet the pressure of success affected their author. Bigaud grew increasingly uncomfortable and took a series of breaks from art making, returning to it only in his later years. He is today considered one of the greats of le Centre d’Art, with works at the Museum of Modern Art, including the legendary Murder in the Jungle (1950).