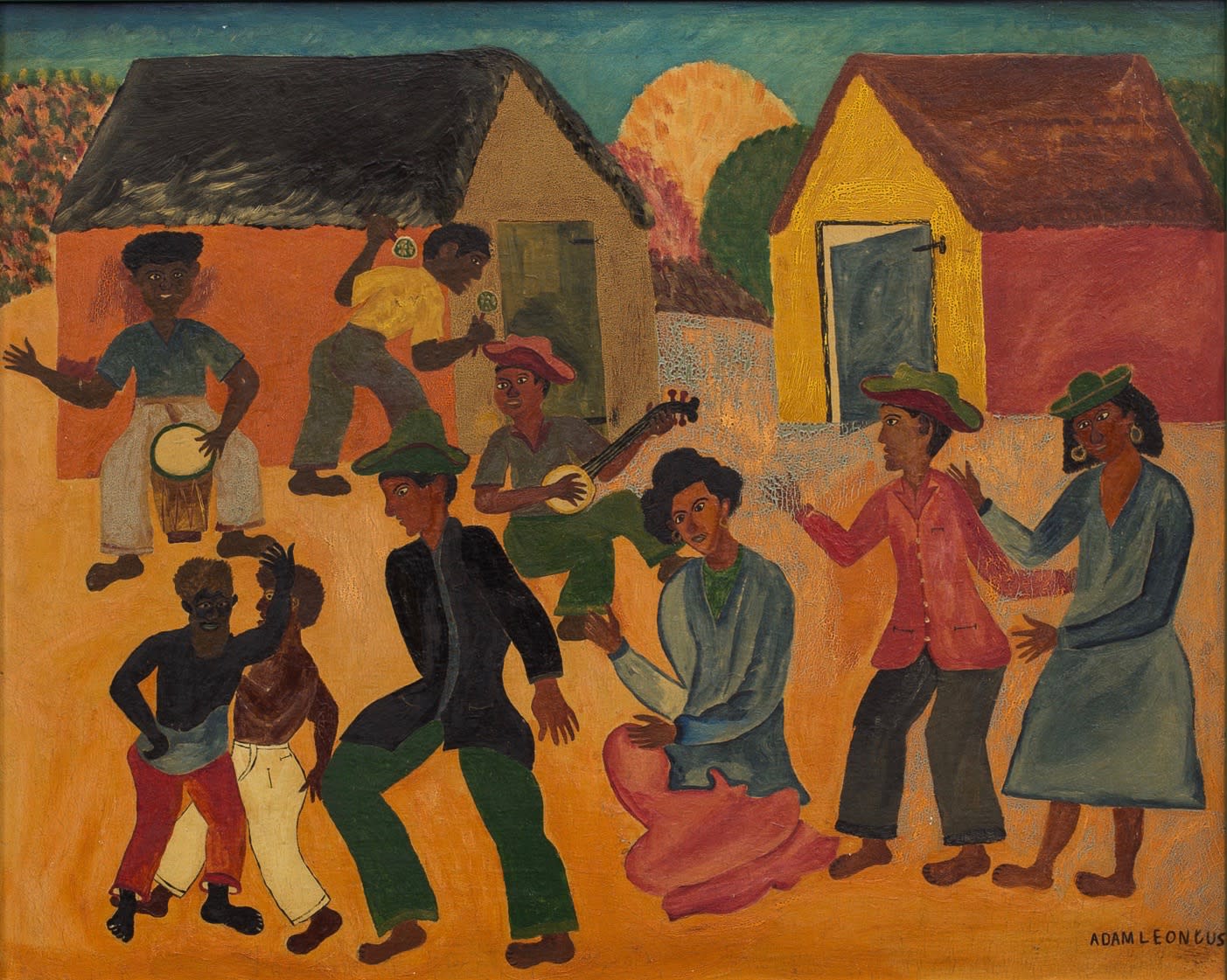 Adam Leóntus was born one of nine children in Port-au-Prince and worked as a docker at the port. He augmented his wages by painting Vodou temple walls in poorer areas in the city and these murals brought him to the attention of le Centre d’Art in 1947. In the 1950s Leóntus was commissioned to paint the mural of the Annunciation at the Episcopal Cathedral of Sainte Trinité. Whilst Leóntus had roots in Vodou communities, he preferred depicting scenes of nature and wildlife, especially tropical birds.

His work is included in the permanent collections of the Musée d’Art Haitien du Collège Saint Pierre in Port-au-Prince, the Milwaukee Museum of Art, the Waterloo Museum of Art in Iowa, the UCLA Fowler Museum in Los Angeles, and the New Orleans Museum of Art.