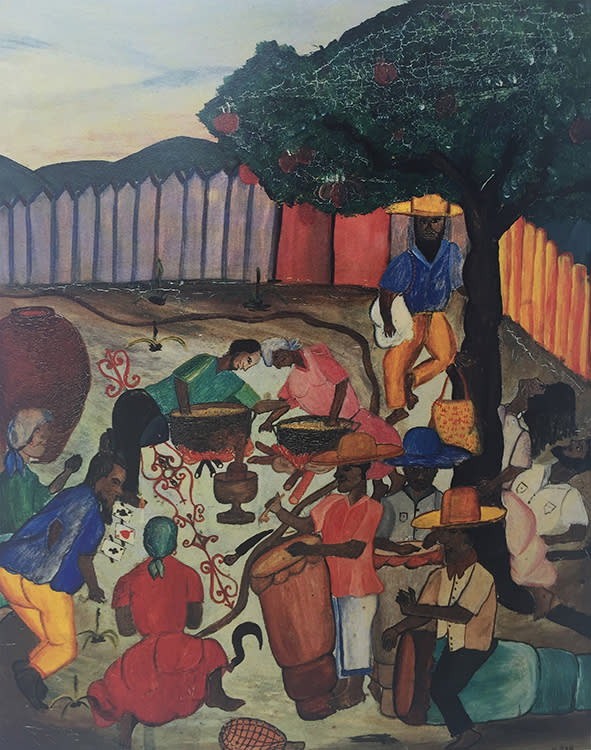 Néhémy Jean was born in Limbé and worked as a graphic artist and studied portraiture. He joined le Centre d'Art in 1947 and was active in the founding of the Foyer des Arts Plastique in 1950 where he was a student of Georges Ramponeau. He left Haiti to further his training in New York, and returned to Haiti to create the L’Atelier Gallery.

Jean had numerous commissions to paint murals at the El Rancho Hotel, the Choucoune Hotel and the Port-au-Prince International Airport. His works have been exhibited in Europe and the United States and are included in many private collections.