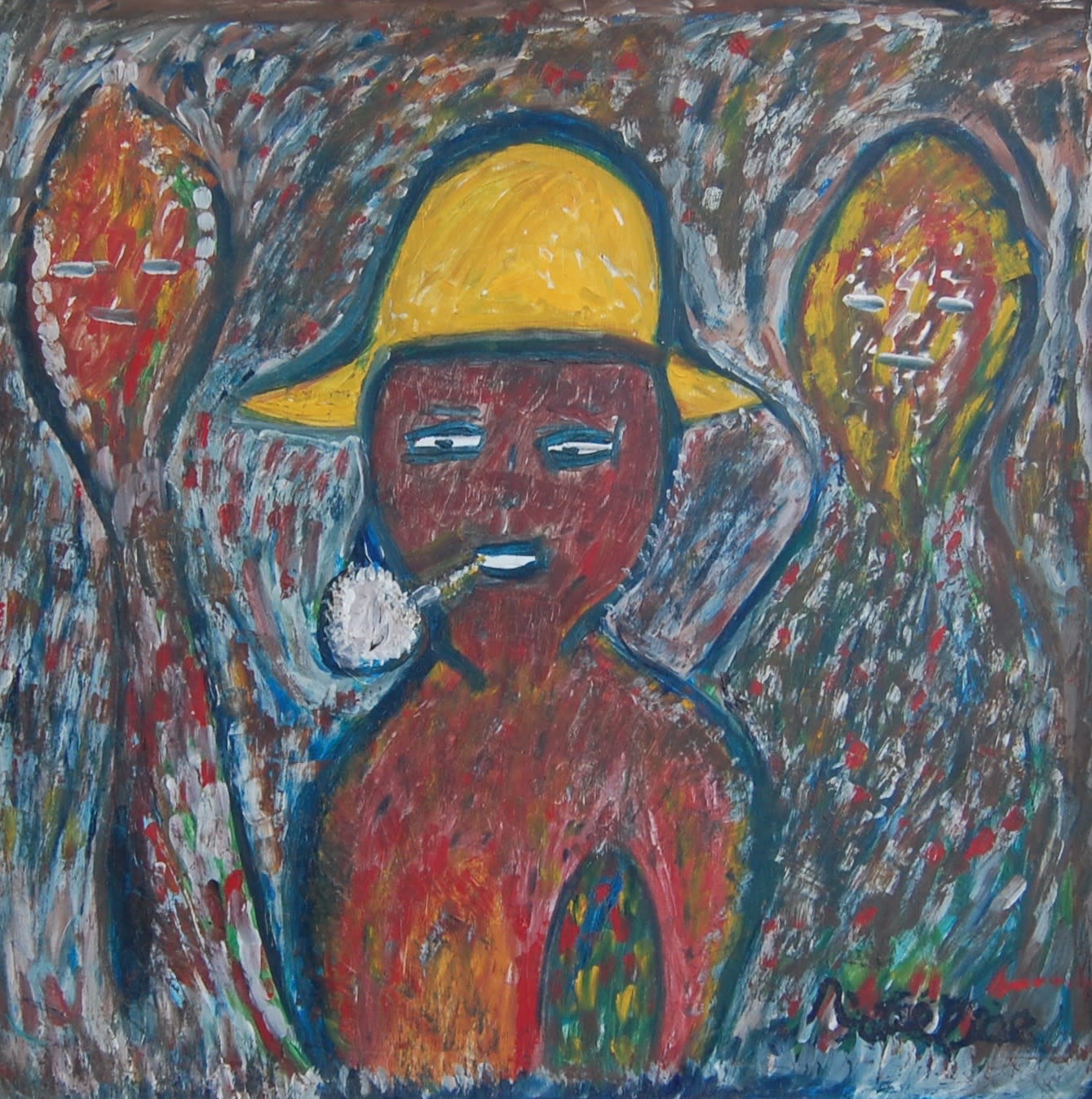 An esoteric figure, even by the standards of Haitian myth-making, Robert Saint-Brice was an impoverished Vodou priest - or houngan - who had been painting since his early twenties. On meeting an African-American artist, Alex John, he was introduced to Impressionism and subsequently joined le Centre d’Art in 1949, where his talents were encouraged.

Although artwork prior to this period have never been found, it would not have mattered to Saint-Brice, who considered art simply a physical manifestation of his religious experiences, dreams and inner life. Indeed, his ambiguous relationship to art is reflected in his depiction of Vodou, which seems at times almost abstract, and became an important influence on the artists of the Saint-Soleil movement in the 1970s.