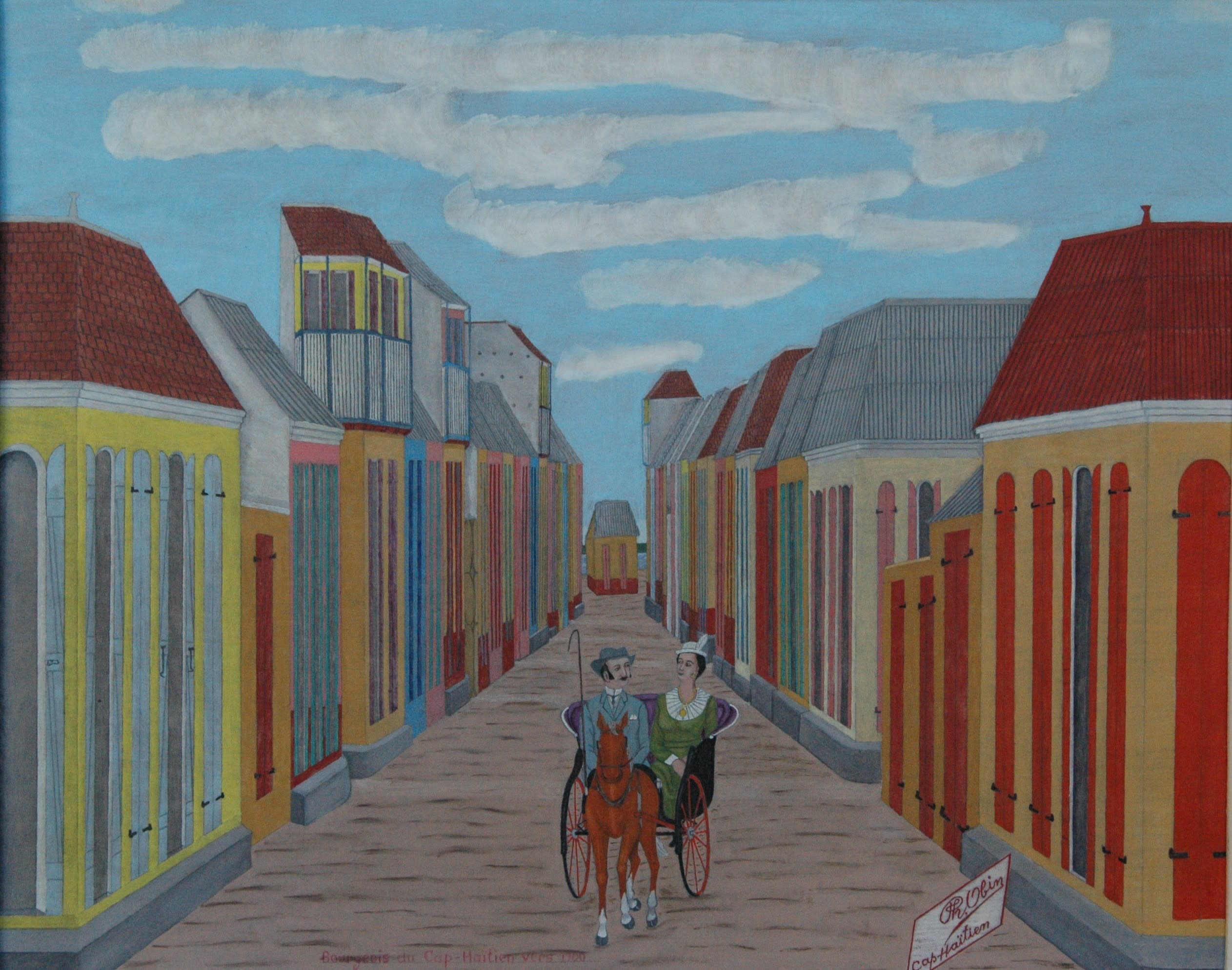 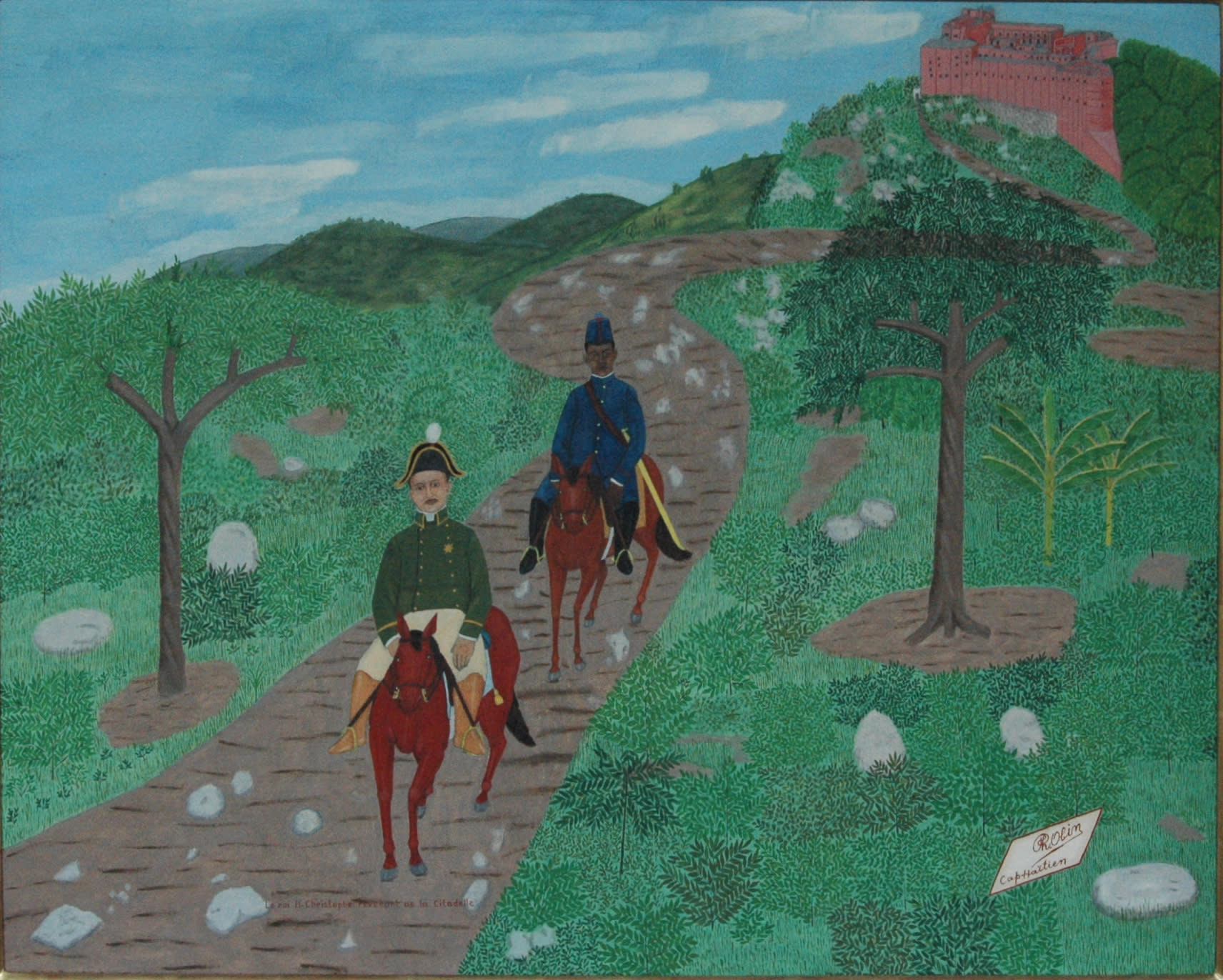 Philomé Obin is the acknowledged master of the historical Haitian narrative. Often described as the elder statesman of le Centre d’Art,  Obin was already a gifted draughtsman at an early age. Yet he drifted professionally, resigning himself to the occasional Masonic commission, until he sent an example of his work to DeWitt Peters. That painting, a detailed depiction of the arrival of Franklin D Roosevelt on the island, paved the way for a forty-year career. During this time, ’Obins distinct figurative style captured the complexity of Haiti’s past, its notorious class system, key historical moments and the vivid social scene - all with a signature fine-tipped precision and one-point perspective.

He was even invited to open an annex of le Centre d’Art in Cap-Haïtien, where under his tutelage, hundreds of local artists were nurtured, including members of his own family.