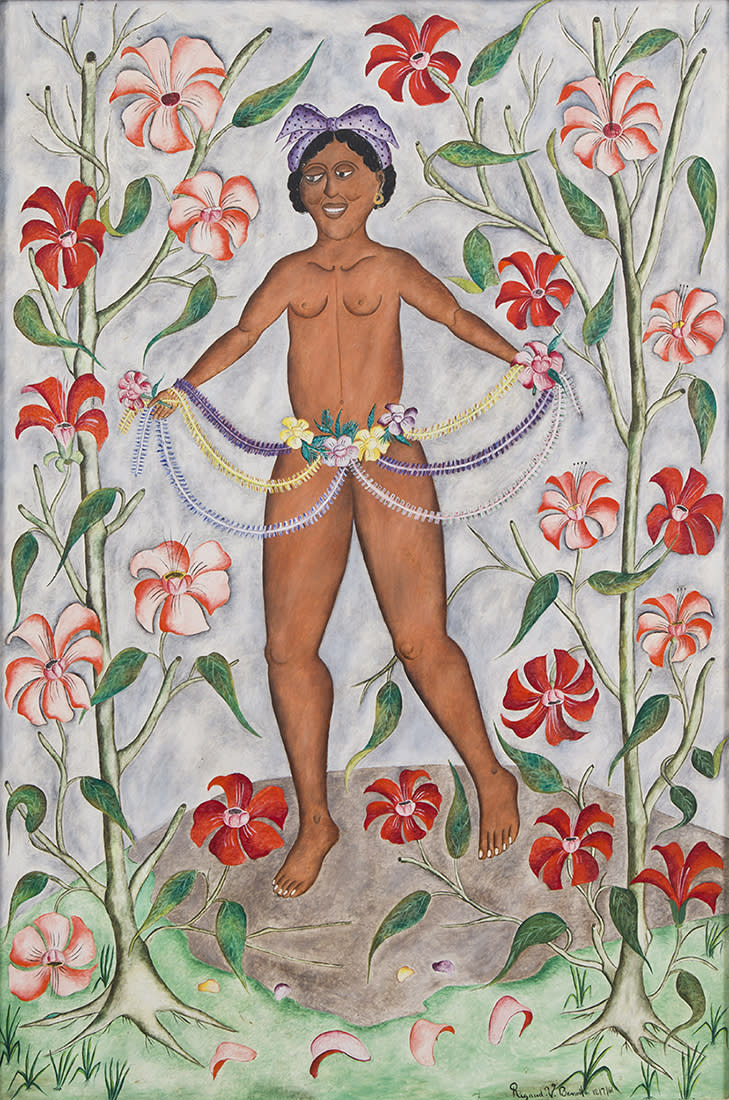 Rigaud Benoit was a taxi driver when he first visited le Centre d’Art and was encouraged to start painting by DeWitt Peters after showing him a number of small paintings.

His earlier works were famed for his acute observations of Haitian social mores through his depictions of fractious guests at social events such as wedding ceremonies. Benoit married Hector Hyppolite’s daughter, Herminthe, who supported his practice by taking in washing in their neighbourhood just off the Grand Rue. In 1947 Benoit was one of the artists chosen to create work for the mural project in the Episcopal Cathedral of Sainte Trinité in Port-au-Prince. In the 1970s Benoit shifted his style and focus and his paintings became less realist and more surreal depicting solitary figures, often mutating between human and botanic forms, in fanciful landscapes.

His work is included in the permanent collections of the Musée d’Art Haitien du Collège Saint Pierre in Port-au-Prince, the Davenport Museum of Art, Iowa, the Milwaukee Museum of Art, and the Waterloo Museum of Art in Iowa.