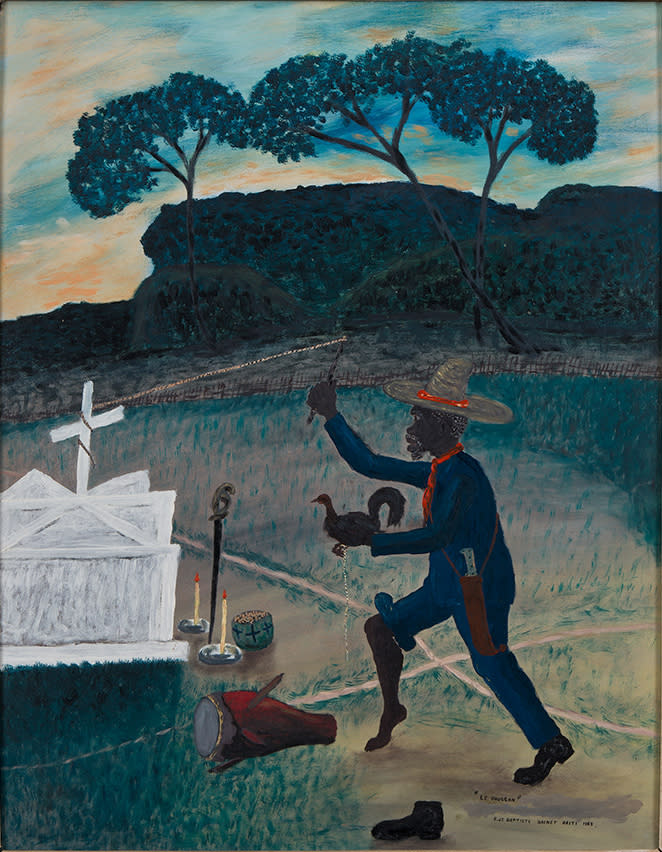 Edger Jean-Baptiste was born in Bainet, a small coastal town to the west of Jacmel. Jean-Baptiste was originally trained as a cobbler and tailor, but had also painted scenes on flat rocks from the bay. He was introduced to le Centre d’Art in 1954 by Micius Stephane, an artist from Bainet who had previously joined six years earlier.

was called the ‘Master of Twilight’ due to his fascination with the changing moods and palattes of the local skies, seascapes and shores. He also had a wry sense of the quotidian risks of peasant life, as apparent in in 1970 work The Danger of a Peasant Bringing a Bull to the River.

His work is included in the permanent collections of the Musée d’Art Haitien du Collège Saint Pierre in Port-au-Prince and Yale University Art Gallery in New Haven, Connecticut, and has shown at Ramapo College, New Jersey.