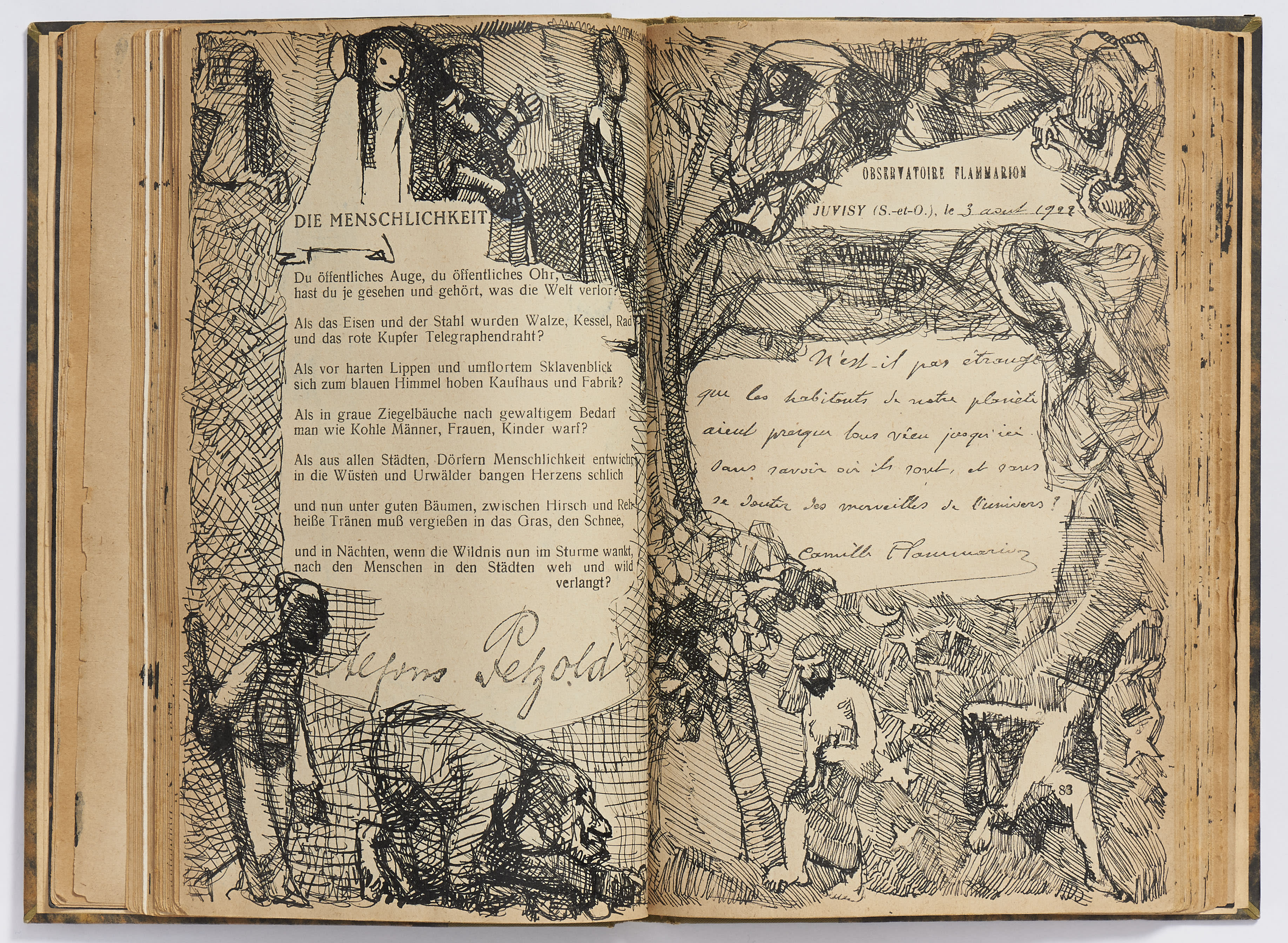 Trained in architecture (like his cousin Le Corbusier),  Soutter was a professional musician, art educator and polymath, whose increasingly eccentric behaviour led to hospitalisation. In the1920s Soutter initiated a dense, cross-hatched oeuvre, sometimes filling the margins of published volumes. Following the onset of arthritis, he resorted to finger-painting the haunted and quasi-religious figures for which he is most widely known today.