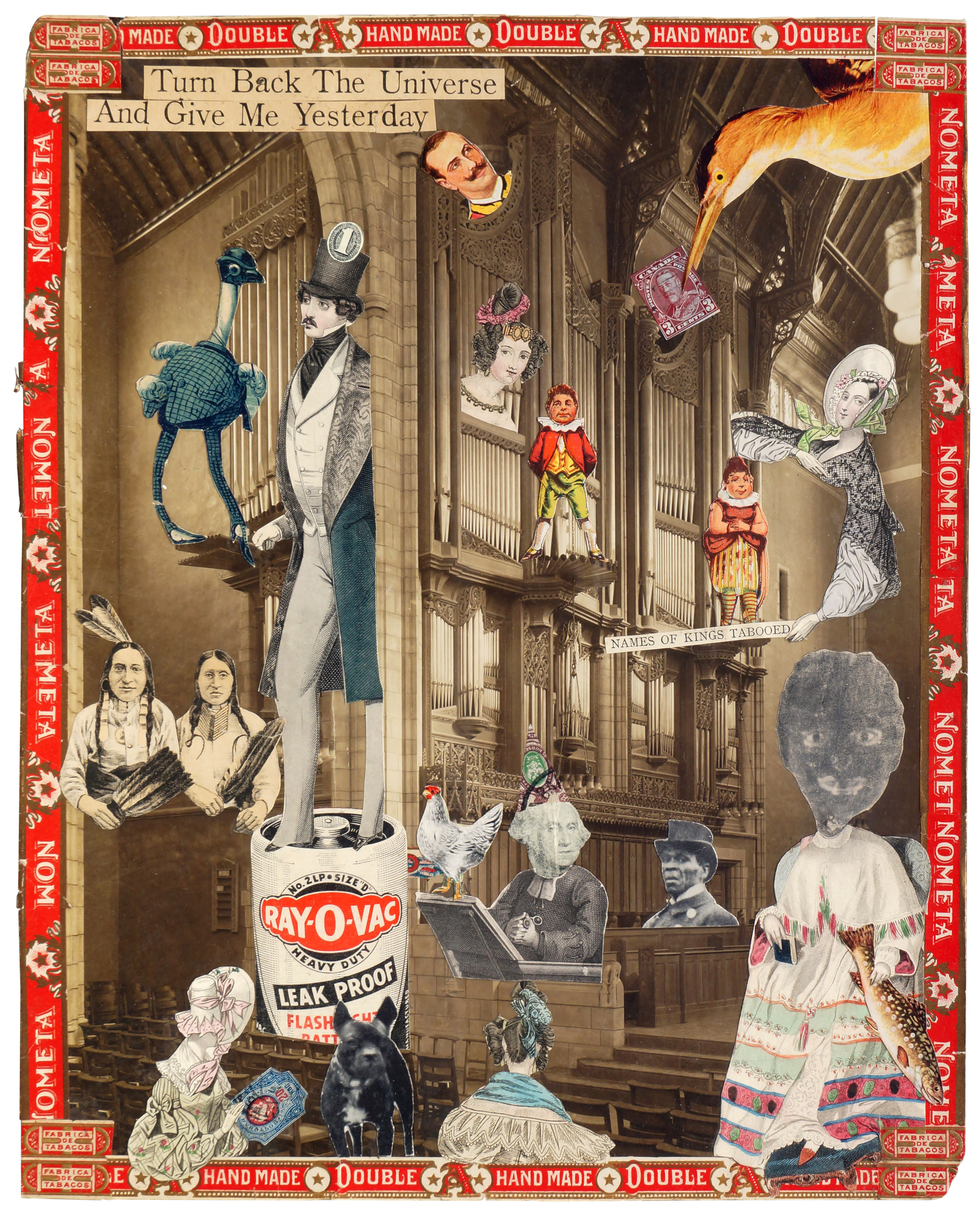 The Gallery of Everything and Fleisher/Ollman Gallery present the lifetime practice of Felipe Jesús Consalvos: a Cuban émigré to the United States, whose private opus of scathing and satirical collages was discovered in a car boot sale in Philadelphia in the 1980s.

A self-appointed artist, healer and man, Consalvos' former profession as a tobacco worker gave him the wherewithal to extrapolate a vernacular tradition of cigar-band art, and turn it into an enormously sophisticated and deeply personal practice.

From found photographs to musical instruments, Consalvos’ innate aesthetic led to a body of work like no other. The several hundred pictures and objects he authored between the 1920s and 1960s are especially resonant today, for they challenge the authority of an America intent on the cultural dominance of its immigrant communities.